WHAT STOPS PEOPLE BEING HONEST?

You are here:
BusinessCommunicationTeam Work 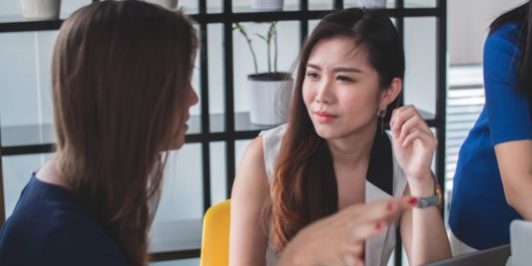 Here at DCo, we champion transparent and honest communications. Many workplace issues can be resolved immediately if people address their concerns assertively, openly and directly, rather than passively holding back and opting instead to vent to colleagues, which contributes to uncomfortable office divides and negative organisational culture.

Many people use excuses for their lack of self-assertion and avoidance of confrontation. The underlying cause of these fears is likely to be produced from negative experiences in the past. These experiences could be having to deal with a fractious parent during childhood, a fear of failure, a worry about being disliked by peers, or even from a fear of speaking your mind.

However, by avoiding these conversations and sweeping any problems under the rug, everyone will suffer – especially you. By avoiding conflict, you risk avoiding your responsibilities at work and eroding your self-esteem. A lack of one-to-one honest conversations is detrimental to your team, and can deprive them of opportunities for personal and career growth. A company culture which includes poor levels of communication and no repercussions can breed low trust, disengagement, high turnover and ‘imposter syndrome’ – in which individuals doubt their accomplishments and are crippled by internalised fears that they’ll be exposed as a fraud, often caused by lack of feedback and letting things ‘brew’.

It’s important to note that all great working relationships require a certain amount of productive conflict in order to grow; relationships could become stifled if communication is not open and honest.

However, we believe that a large part of the problem here could lie in labelling – why not think of these types of interactions simply as an honest conversation rather than a confrontation? By referring to this interaction in a negative way, it only creates fear and hesitation and a defensive state of mind, whereas referring to it as a ‘conversation’ suggests an opportunity for all parties involved to share their concerns to ensure that it won’t be one-sided and will result in a win/win outcome for all involved.

When was the last time you had an honest and transparent conversation about something you’d been holding back on? Why not find out more about our training on having difficult and honest conversations? Get in touch with us today: 01437 721879.