SHOULD WE WALK OUT OF UNPRODUCTIVE MEETINGS?

You are here:
AttitudeBusinessCommunicationOrganisational Culture 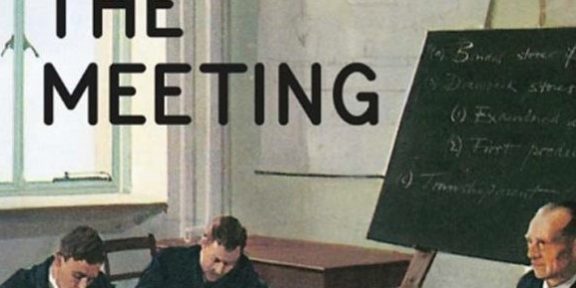 Work meetings tend to have a bad reputation – so much so that they’ve even spawned their own satirical Ladybird book.

Elon Musk made headlines recently due to a controversial bid to boost productivity at Tesla, in which he sent an email advising his employees to walk out of meetings that they deem to be unproductive.

Elon Musk continues on in his email, stating that large meetings are ‘the blight of big companies… It’s not rude to leave; it is rude to make someone stay and waste their time’.

Although long, rambling meetings can be frustrating, many refuse to make their excuses and walk out due to concerns of offending the meeting leader, coming across as rude to their colleagues, and potentially missing something important that could come up later on in the meeting.

So, if you find yourself regularly being invited to meetings that are rarely relevant to you, why not take the initiative and ask the meeting-holder before the start of your next meeting if you’re needed in the meeting?

If the issue is that you’re finding meetings stuffy and long-winded, why not suggest using different meeting spaces or holding shorter, more regular meetings? Do you even need a meeting in the first place?

We at DCo find that implementing a clearly set-out agenda is a powerful approach to meetings, making it much easier for people to come and go according to the items that concern them. Perhaps the meeting-holder could make it clear when they are changing meeting topics to allow people to excuse themselves politely before the next meeting segment begins.

However, wouldn’t it make sense, if you as an employer have noticed company-wide issues with meetings, as in Elon Musk’s case, to invest in employee development? For staff to be trained to run the most snappy, relevant and effective meetings possible that add value and vital information to the company brain pool? For more information, or to surpass Elon Musk and book one of our Effective Meetings development programmes, get in touch: 01437 721879.

4 Reasons to Invest In Your Employees
February 20, 2020
Recent Articles
FROM OUR GALLERY