Our Take on ‘Lessons from Black Box Thinking’ by Matthew Syed

You are here:
AttitudeBusinessOrganisational Culture 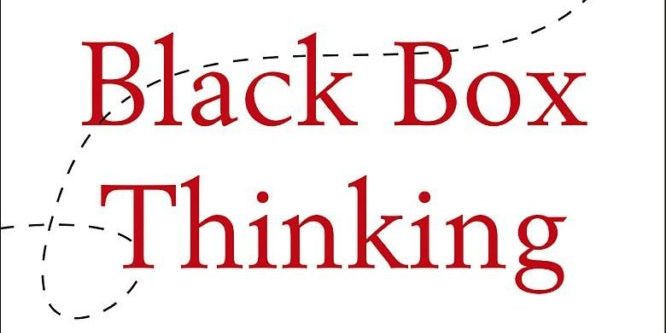 This book is a really enlightening read. It balances great storytelling with research and analytical thinking on different approaches to failure and the difference this can make. Taking the airline and healthcare industries as examples, this book poses serious questions about the lessons that can be learnt from having a culture that embraces failure, and shares the outcomes to improve performance.

Whilst the extremes of aviation failure and medical emergency are not the reality in a lot of our working lives, this doesn’t lessen the impact of this book, and it should have you questioning the approach you take to failure on an individual and organisational level.

The fact is that it is usually easier to focus on the positive, sweep negative things under the carpet, not disclose failure and move on. But easy is also static. This book clearly demonstrates that message. If we can’t be honest and confront failure and our own limitations, we will never have true self-awareness, we won’t work effectively as a team and we won’t deliver the highest level of service or accuracy that we can.

At DCo, we champion ‘Black Box Thinking’ – although until I read this book I hadn’t given it this name, or realised the extent to which this particular behaviour impacts our organisation’s culture.

‘Black Box Thinking’ is about accountability, decision making and continuous improvement. It wasn’t borne out of crisis situations but evolved because we take seriously getting things right. When we get things wrong, personally or collectively, it is important to every member of the team that we understand that failure and learn from it. It has meant that I have learnt as much from the failure of others as I have of myself in recent years. Our philosophy is always to hold each other to account, invite feedback and have honest conversations and all of this supports a culture of ‘black box thinking’.

For us, it doesn’t have any drawbacks, but it definitely doesn’t come easily to all individuals and organisations. We regularly see inexperienced employees in all sectors who have self confidence in their ability, but a lack of awareness of their competence. These individuals often shy away from receiving feedback on areas of failure, but remain open to positive reinforcement in areas they are succeeding in. They minimise their ability to learn and grow by focusing only on the good.

We also commonly encounter experienced employees who prefer to not address areas of failure for fear of losing credibility, and so in the same way lessons are lost and mistakes revisited. Put these two generations together in a workplace and the culture becomes static.

Neither of these examples are of employees who believe they are limiting themselves, their team or organisation. Most do not recognise that they are making a deliberate choice to be blinkered at all. But static is rarely the right choice to make.

Today more than in the past, people and businesses that are agile and progressive are the most successful. Agility requires the highest level of self-awareness. To move forward and change your approach is almost impossible without insight into your blindspots and learning from the negatives.

We deal in ‘black box thinking’, long may we continue to fail in order to continue to succeed.